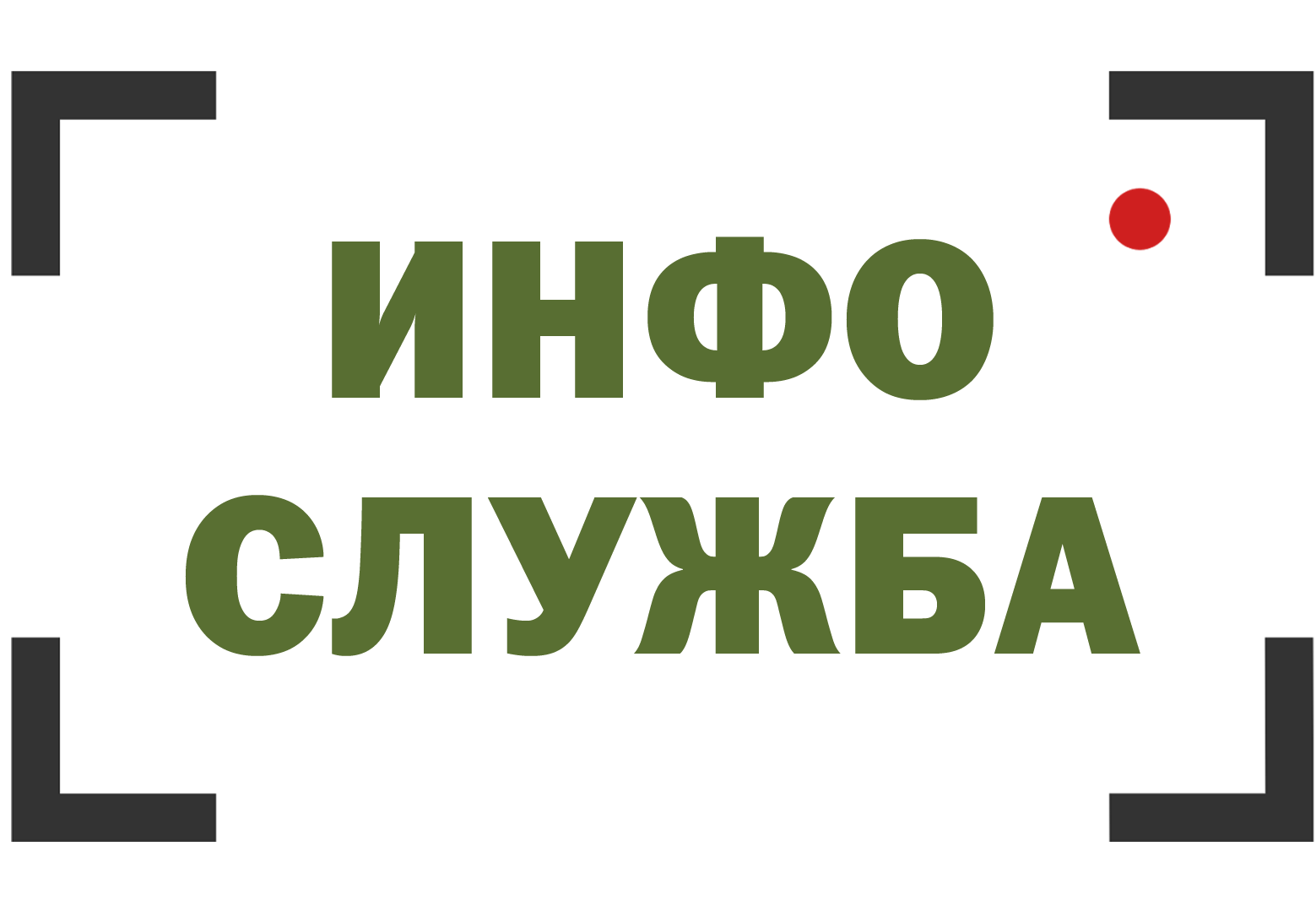 Informational service is one of the lines of Apriori ILC activity. We provide for people the information about situation in NGO domain and civil society in Transnistria. We are focused on education, self-realization and knowledge extension about civic life.

If you have found a spelling error, please, notify us by selecting that text and pressing Ctrl+Enter.

From April 20 to 27, in Transnistria was held the third edition of the Documentary Film Festival Chesnok – the travelling festival, whose program was presented in five cities: Tiraspol, Bender, Dubasari, Ribnita and in the capital of Moldova – Chisinau.

The main goal of the festival is to familiarize a wide audience with actual documentary film, stimulate the production of local content, as well as create a free discussion platform.

Chesnok 2018 presented to the audience 17 films – 10 full-length and 7 short-length films of a young film directors, as well as world-renowned foreign artists.

Also, during the festival, 8 meetings were held, in which local and international experts, film directors of the films from our program took part. We hosted directors Mickey Yamine (Gaza Surf Club, Germany), Denis Shabaev (Not My Job, Russia), Oleksandra Chuprina (The Diary, Ukraine) and also the producer of the documentary Red Soul – Oksana Maksimchuk.

In 2018 the programme of the festival had two addition – the section Young Chesnok (films for children and adolescents); and also, the workshop on documentaries with Estonian director Meelis Muhu for the local beginner documentarists. The workshop result was 7 short films created in Transnistria. The best of them were presented by the authors at the closing ceremony of the festival in Tiraspol, April 27.

During 8 days of the festival, 33 screenings were carried out, they collected 2104 views.

Another innovation were summer screenings: from June to August, at Club No. 19, 5 films were screened, they were not shown in Tiraspol during the festival.

Chesnok is a non-profit project, so admission to all screenings is free of charge.

In 2018 Chesnok was supported by Movies that Matter Foundation, Czech NGO People in Need, The Embassy of German Republic in Moldova and television and digital news network Current Time.

The program of the 3rd edition of the festival:

The resilience of Gaza’s population is revealed through this documentary, which focuses on the world of the Strip’s surfing enthusiasts.

Bětka and The Clever Ones

Twelve-year-old Bětka lives in a village on a farm full of horses and other animals and at the same time helps people in a retirement home to maintain their optimism in life. Bětka wants older people to start remembering intensely and to tell her something about their lives.

When she turned 100 Dagny Carlsson had been to more funerals than she could even count. But when it seemed like her life was almost over she bought a computer, taught herself how to use it, and started a blog. Soon she had over half a million readers.

In her new life Dagny mingles at celebrity parties and premieres, speaks at political rallies, and makes new acquaintances.

Even When I Fall

Sheetal and Saraswoti met as teenagers in a Kathmandu refuge, both survivors of child trafficking to Indian circuses. They had been rescued and brought back across the border to Nepal, but what does the future hold for these young women returning to a home they barely remember? Even When I Fall traces their journey over 6 years, as they reclaim their breath-taking skills as circus artists and begin to build a future against all the odds.

In this inspiring family portrait, a 12-year-old Laura is our guide through life with her deaf parents, which is unusual, challenging and surprisingly ordinary. The girl is the only contact her deaf parents have with the outside world. She accompanies them with most daily tasks such as paying the bills, going to different offices and even taking part in parents meetings at school. Laura becomes their voice in the outside world which is not always an easy task for such a young girl, nevertheless, she seems to be more mature than other teenagers at her age.

Giovanni and The Water Ballet

Ten-year old Giovanni has a dream: he wants to be the first boy to compete in the Dutch Synchronized Swimming Championships. Because his chosen field is viewed as typically one for girls, not everybody is as understanding as they could be. But Giovanni runs his own race and Kim, his girlfriend does get what he is trying to do. When they are alone they chat about the future. Will Giovanni be able to take advantage of Kim’s support and make it to the Championships?

Denys is 14. He is loser in studies, but expert in DOTA. ‘The school diary is your face’, – teachers say to him. Every single pupil in post-Soviet states is familiar with this phrase. It means that the notebook with marks – is the projection of your personality. Denys thinks opposite. He records himself every day and reflects on the things that really worry him. We are behind the scenes of the teenager`s life. The way of growing up – how it looks like?

An intimate portrait of the world’s most outstanding rhythmic gymnast Margarita Mamun who needs to overcome mental fragility to take part in the Olympic Games.

Until 1989, the village of Dafen in the city of Shenzhen, China was little more than a hamlet. It now has a population of 10,000, including hundreds of peasants-turned oil painters. In the many studios, and even in the alleyways, Dafen’s painters turn out thousands of replicas of world-famous Western paintings. Nobody thinks anything of an order for 200 Van Goghs. To meet their deadlines, painters sleep on the floor between clotheslines strung with masterpieces.

In Russia, hardly any family escaped the hunger, fear and violence resulting from Stalin’s terror, yet no one has ever been convicted for the crimes committed under his regime. Even now Russians are still deeply divided over how to deal with the memories of this painful past. In a mosaic of intimate portraits ordinary Russians speak openly about their traumas, rooted in a violent history. Gradually this disturbing film exposes how the Soviet past lives on in current generations in Russia, and thus makes its mark on the future.

The Fall of Lenin

An ironic documentary film about the farewell to the phantoms of the USSR in Ukraine. The spiritual session with the ghost of Lenin guides us through our past, present and future. The film presents the dawn and the twilight of idols, and the curious afterlife of history’s ghosts. It is inspired by laws adopted in 2015 by the parliament of Ukraine which condemn the Soviet totalitarian regime and ban the use of Communist symbols.

The World We Live in: Wandering Workers in Germany

Several cases of labour exploitation concerning migrant workers from Eastern European countries have become publicly known. The film portrays the life of three migrant workers: a construction worker from Bulgaria who lives on the streets of Frankfurt collecting bottles for a living; a woman from Romania who shares a hotel room with her daughters, everyday she goes out to find work; and a retiree from Bulgaria who drives a truck and has been on the road for four months to support his family back home. Their daily lives are determined by bleak monotony and social isolation, and yet they have not abandoned their hope for a better life.

For Lauri, 20, an autist unable to speak, the only key to life in general is to write with the help of Pirjo, his personal interpreter – it is Lauri’s only way to express his deepest thoughts. In the midst of the challenges brought on by autism, love is his highest dream. Lauri feels he is like a bear that must be perpetually tamed, while trapped inside him lives a feeling and thinking man. Although Lauri, a lover of philosophical deliberations, fears he will remain bound to the mere yearning of infinite love to the end of his days, through his writings he is able to reveal a beauty about life not perceived by everyone.

The film takes place on the outskirts of Moscow, in a residential area of Northern Butovo. Technician-supervisor Lyudmila and her team of immigrant janitors work from morning till night seven days a week, performing tasks on cleaning the yards and entrances, which are strewed by a continuous stream through them through the Internet portal Our City. The tasks on this portal are created for them by the second character of the film – the young and ambitious lawyer Mikhail, who is dissatisfied with the quality of the work of public utilities.

Russian citizen and Soviet-born Ukrainian native Vitaly Mansky crisscrosses Ukraine to explore Ukrainian society after the Maidan revolution as mirrored within his own large Ukrainian family. They live scattered all across the country: in Lviv, Odessa, the separatist area in Donbass, and Sevastopol on Crimea. The film is looking for reasons of the conflict after which citizens of a single country found themselves on a different side of barricades including director’s own family.

Sia (15), Bas (14) and Vince (13) are three best friends who’ve been playing for years in the psychedelic rock band Morgana’s Illusion. When Sia ends up in a depression the future of the band is at stake. RocknRollers is a lively youth rockumentary about friendship, growing up and the power of music.

The main character, the migrant worker Farrukh, lives in a trailer on the outskirts of Moscow together with his family – his father, mother and brothers – and has to take on any job that could earn him some money. But that is not the reason he left Tajikistan, his wife and small children. Farrukh wants to be an actor, a famous actor… Farrukh is swept into a whirlpool of conflicting circumstances – dreams of making it on the big screen, living the life of an illegal alien and the traditions of a Muslim family, which call on him to comply with the laws of the Quran. Some day Farrukh will have to make a choice…

If you have found a spelling error, please, notify us by selecting that text and pressing Ctrl+Enter.

The following text will be sent to our editors: